I had a free day on Sunday, and a chance to give the new camera a run out at last; only the second outing and first birding trip in three weeks of ownership! Compared to winter there aren't so many obliging practise subjects around, most interesting stuff being hit-and-miss woodland species, and I wanted something more or less guaranteed to perform. Pleske's Warbler seemed the ideal candidate. I don't get that far down the Kii Peninsular very often so the birds are always nice to see and because their breeding area is tiny they're certain to be there. Whether they're being cooperative or not might be a different matter but this early in the season I felt certain the males would be perched up singing for extended periods, and so it proved.

I arrived well before sunrise and was amazed to have a singing bird somewhere in the darkness close to the van as I parked. What's this... no need to walk out to the island? Pressure for territory in such a small area of habitat will be extreme (about seven birds were singing in a 50 x 20m area) and perhaps late arrivals might be forced onto the mainland, though this was a first for me. 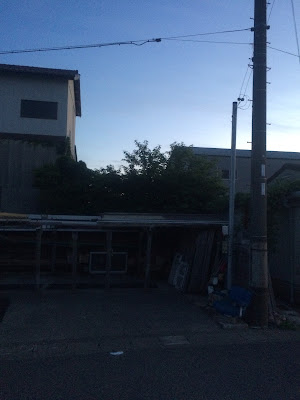 I took this (iphone) shot in the pre-sunrise morning, the bird had been singing in this clump of bushes since I arrived and was still going strong by the time I left later in the morning. 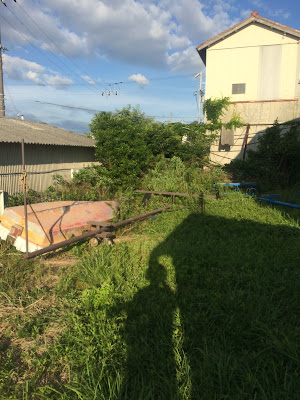 The rear view showing how small a clump of bushes it is, all the more surprising being wedged between buildings. 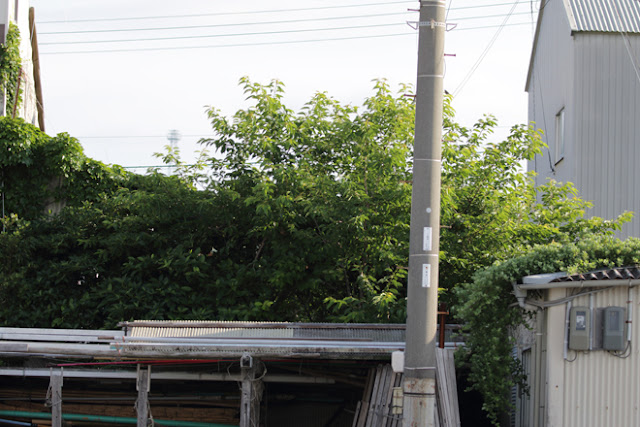 A departing shot later in the morning. That's the Pleske's not a leaf visible on the top of the bush just to the right of the utility pole. 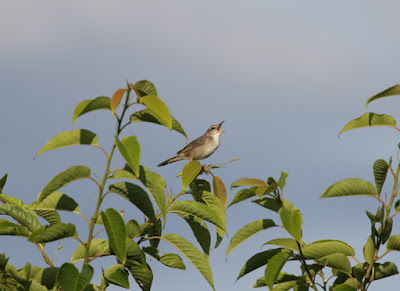 A closer view of it singing from the bush top. 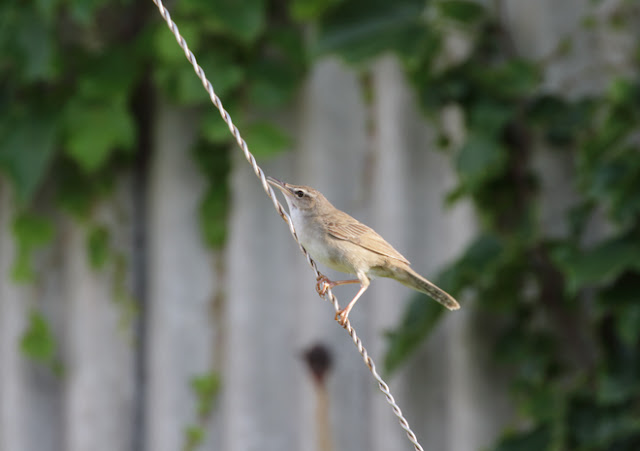 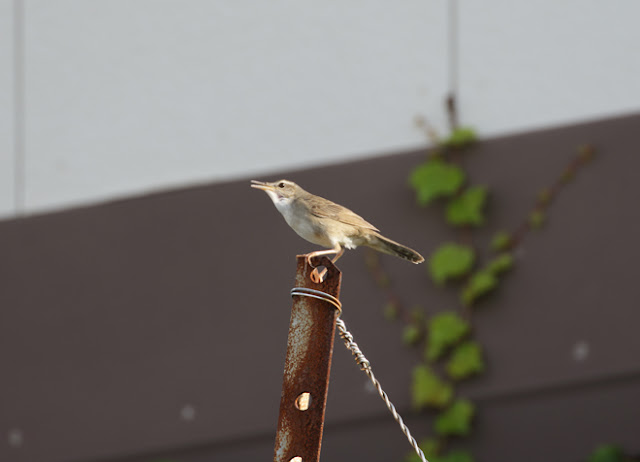 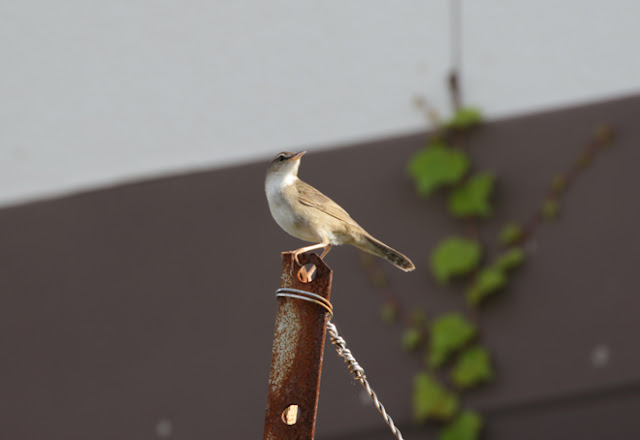 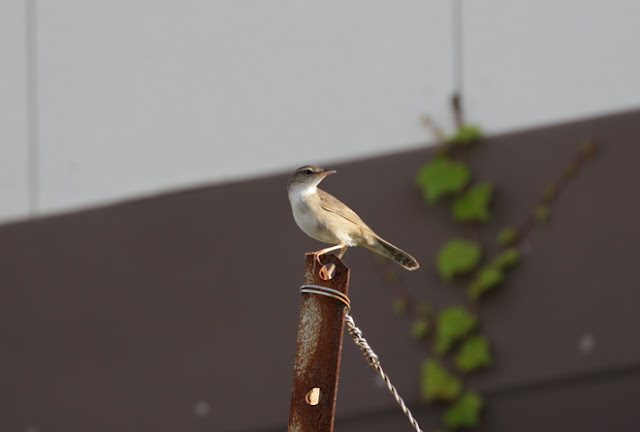 There can't be many people, if any, who have Pleske's in the garden. Certainly not on the mainland.

There was one more mainland-singing bird further along, but out on the usual spot the males were all quite high in the trees. Birds at a more convenient height weren't so keen on posing for the camera. In previous years I've had good views in the dense bushes but this year all the singing birds were 5-8m up. 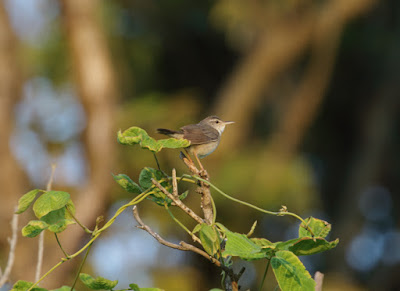 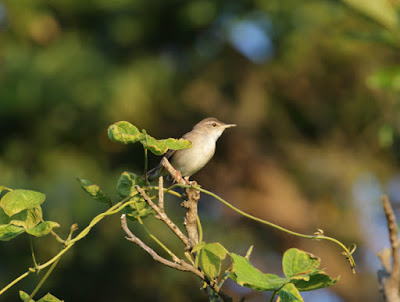 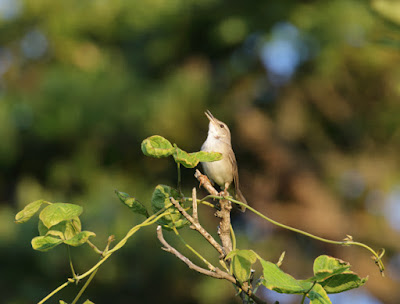 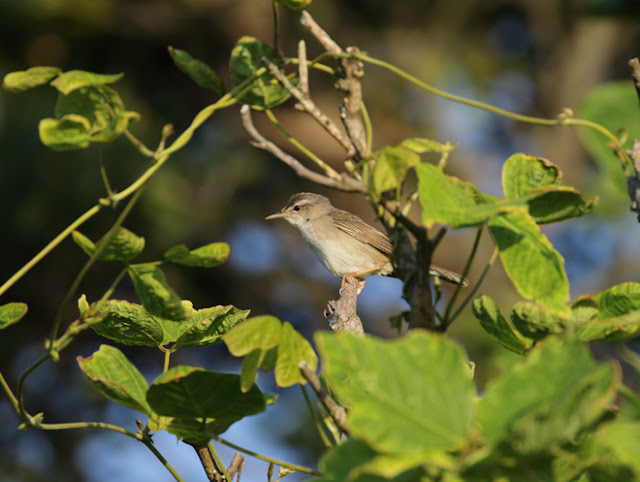 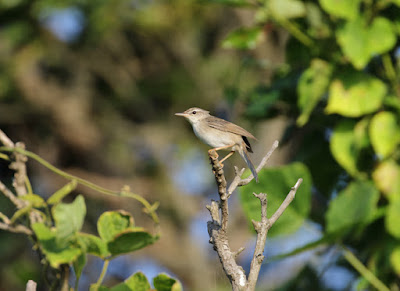 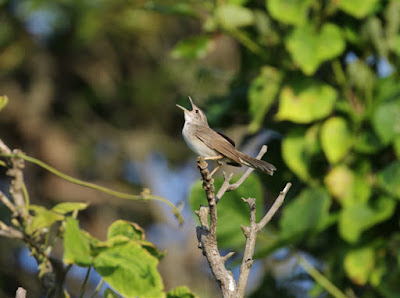 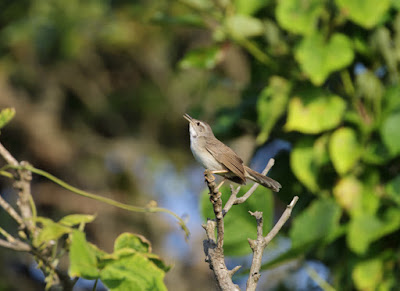 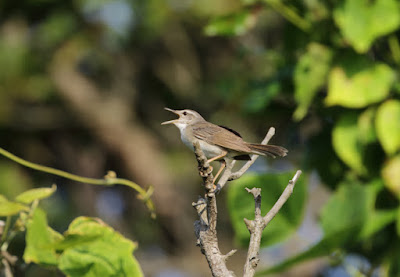 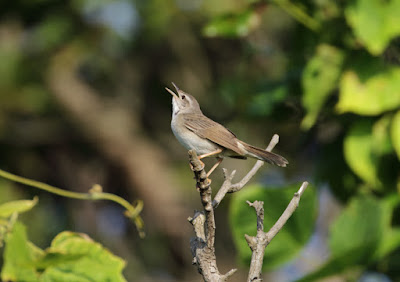 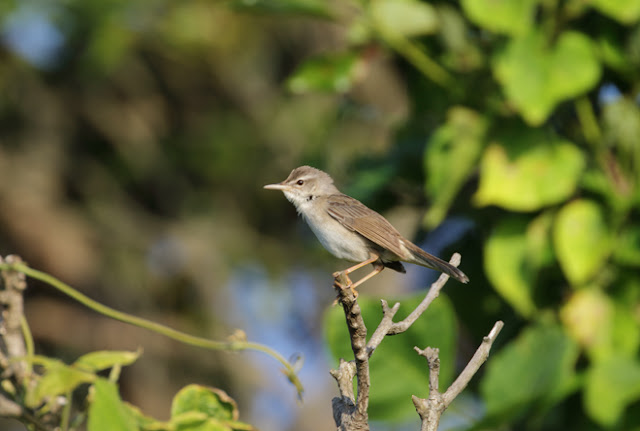 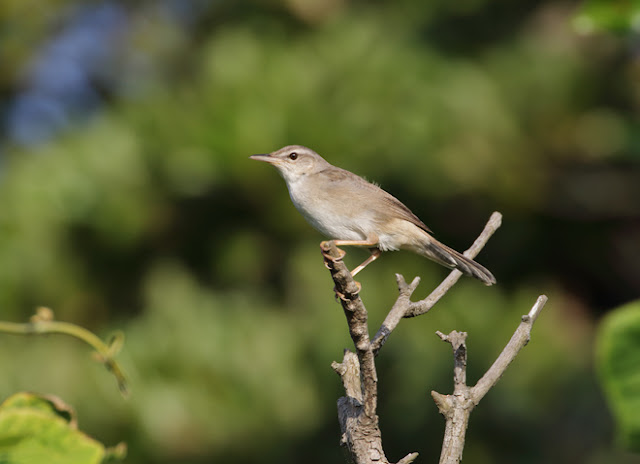 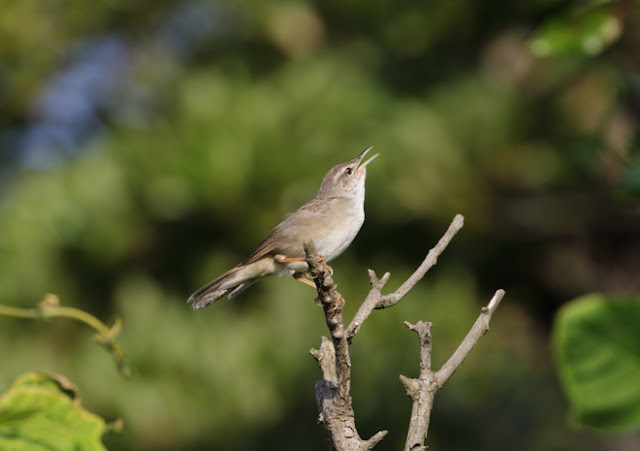 Posted by Neil Davidson at 18:04 No comments: